Whitby a place of magic and mystery, the earliest record of a permanent settlement is in 656, when as Streanœhealh it was the place where Oswy, the Christian king of Northumbria, founded the first abbey, under the abbess Hilda, this monastery was destroyed by Viking raiders in 867. The later monastery was founded in 1078, it was in this period that the town gained its current name, Whitby derived from the old Norse for “white settlement”. Whitby Abbey surrendered to the crown in December 1539 when  the monasteries were dissolved by King Henry VIII.

Whitby is also famous as the landing place of Dracula for the whaling industry and Whitby Jet jewellery much worn by Queen Victoria after the death of her husband Prince Albert.

The following images are all from the Edwardian period. 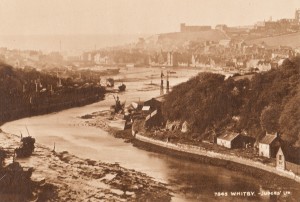 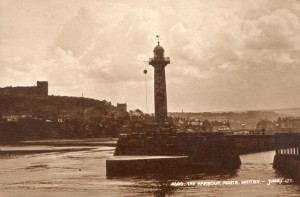 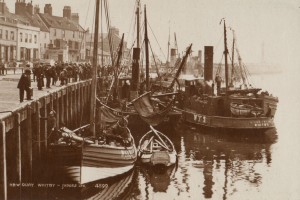 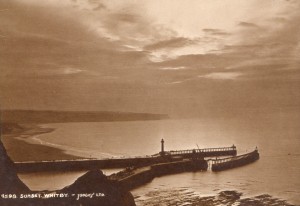 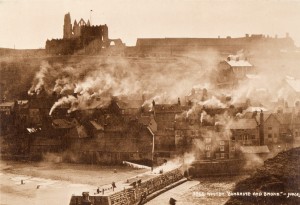 Abbey and a smoke covered Whitby 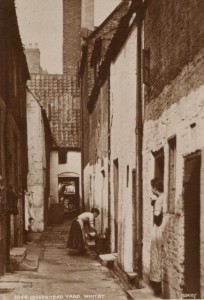 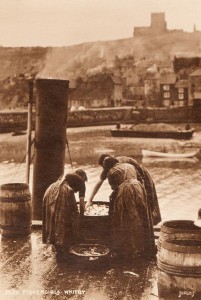 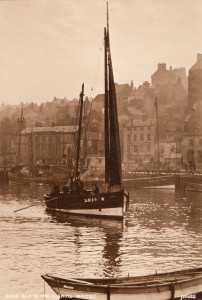 Whitby today is still a thriving fishing port but is also a thriving tourist hot spot famous for its Goth weekends, folk festivals and staring in the TV series “Heartbeat”.

Whitby’s other claim to fame is the being one end of the Whitby to Pickering railway being served by steam and diesel trains from the North Yorkshire Moors railway Grosmont – Pickering line as well as the national network from Middlesbrough. 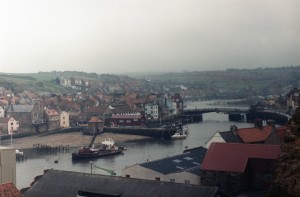 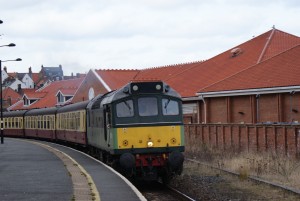 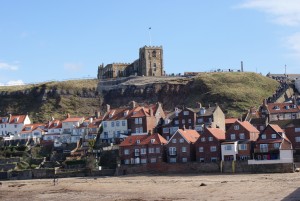