Robin Hoods Bay is a beautiful little fishing village in the North Riding of Yorkshire between Whitby and Ravenscar, the history of the village revolves around fishing and smuggling. 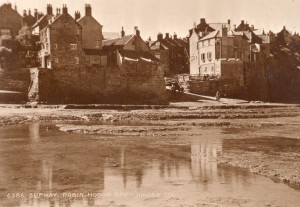 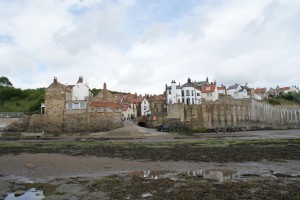 The village has changed very little over the last century, the buildings are on
the outside at least would be recognisable to residents of 100 years ago. Fishing is no longer the main business but the village continues to thrive.
The railway came to the village in 1885 which in turn helped create an expansion to the top of the village known as Mount Pleasant.
The railway closed in 1965 but the village continues to attract people, some to retire some to live and work in the surrounding area and of course tourists who bring in much welcome revenue.
In 1538 there were 50 houses in Baytown as it is locally known, with the growth of the fishing industry the village grew and grew with bigger and better houses being built.
The original main street was King street, in 1780 a large part of the cliff gave way taking with it the top part of the street and two rows of cottages.
In the space of 2 centuries almost 200 dwellings has fallen into the sea.
In 1975 a sea wall was built to prevent any further destruction of the village.
The oldest houses are on what remains of King street with some properties dating back to the early 1600’s. 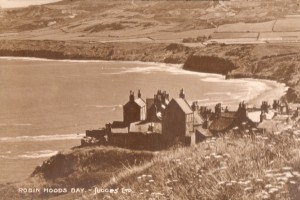 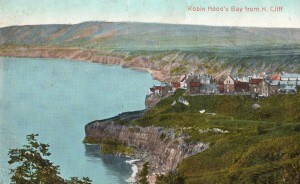 Smuggling.
The town, which consists of a maze of tiny streets, has a tradition of smuggling, and there is reputed to be a network of subterranean passageways linking the houses. During the late 18th century smuggling was rife on the Yorkshire coast. Vessels from the continent brought contraband which was distributed by contacts on land and the operations were financed by syndicates who made profits without the risks taken by the seamen and the villagers. Tea, gin, rum, brandy and tobacco were among the contraband smuggled into Yorkshire from the Netherlands and France to avoid the duty.
In 1773 two excise cutters, the Mermaid and the Eagle, were out gunned and chased out of the bay by three smuggling vessels, a schooner and two shallops. A pitched battle between smugglers and excise men took place in the dock over 200 casks of brandy and geneva (gin) and 15 bags of tea in 1779. 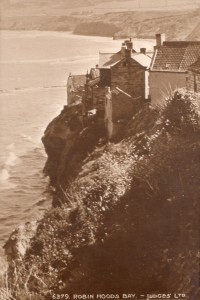 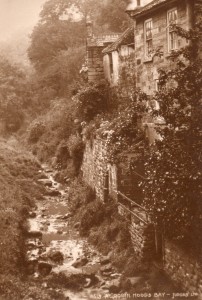 History.
The origin of the name is uncertain, and it is doubtful if Robin Hood was ever in the vicinity. An English ballad and legend tell a story of Robin Hood encountering French pirates who came to pillage the fisherman’s boats and the north-east coast. The pirates surrendered and Robin Hood returned the loot to the poor people in the village that is now called Robin Hood’s Bay. 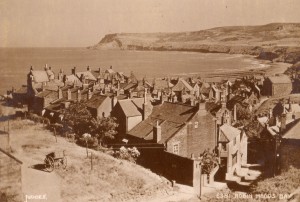 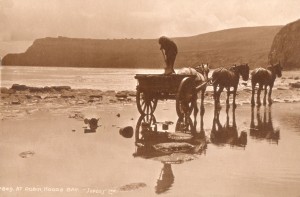 Lifeboat.
The RNLI had a Lifeboat based in Robin Hoods Bay from 1881 to 1931 when
it was replaced with a motor lifeboat based at Whitby, the old lifeboat station is now used as a shelter and public toilets. 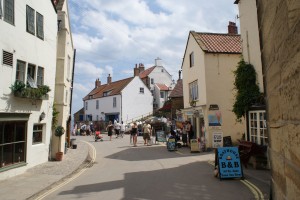 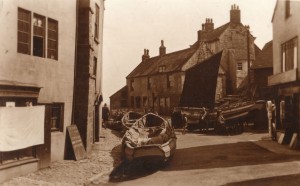 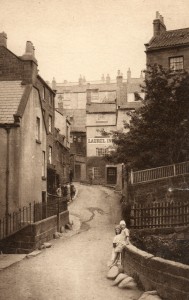 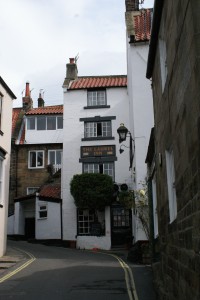