Whitaker’s brewery was founded in 1848 and took its name from Richard Whitaker. Richard was born in 1806, in Lancashire, and moved to Yorkshire in 1848. He purchased a cottage in Halifax, and in 1849 started brewing there, his cottage which was eventually called “The Stannary Inn”, this would be the equivalent of today’s brew pub, and this was allowed by the 1830 Beer Act which allowed a householder, on payment of two guineas excise fee, to sell beer. Richard was a successful businessman and in ten years he was able purchase a nearby patch of land called the Seedlings, or Neddy Haigh’s Field on which he built his new brewery. This started production in 1867 and was later to be called the “Cock ‘o the North” brewery, and was situated at 36 Corporation Street, Halifax.

Another branch of the family, headed by George Bedford Whitaker, brewed at Grove Brewery, at Brearley, Midgley, between 1850 and 1906 at which point the branch merged with the main operation in Halifax, this is why there were so many Whitaker inns along the Calder Valley to Todmorden.

Richard died in 1871 and the business was taken over by his sons under whose ownership the business continued to thrive, by 1889 expansion had increased and the inventory was to include malting’s and stabling for 40 dray horses, the main Kilns were added when the brewery was enlarged in 1893. Whitaker’s were registered as a company on 28th April 1890 and by 1898 production exceeded 44,000 barrels per year.

In August 1968, Whitaker’s planned to merge with Whitbread at their own request, and production at the Corporation Street Brewery ceased in February 1969, 167 people were employed there on closure. Production was transferred to Bentley’s Yorkshire Breweries at Woodlesford, near Leeds. Mr Michael Whitaker, the Executive Director, declined an invitation to join the Whitbread board.
At its closure, Whitaker’s had nearly 140 pubs surrounding Halifax, with outposts at Rochdale, Menston, Wakefield, and Doncaster, as well as a club at Blackpool. The brewery stood derelict for a number of years and was demolished in 1973. 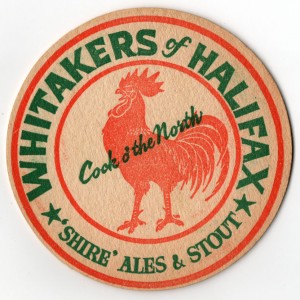 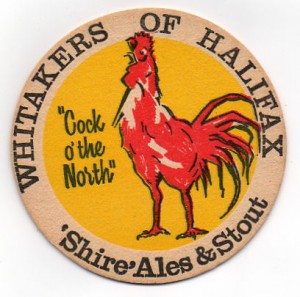 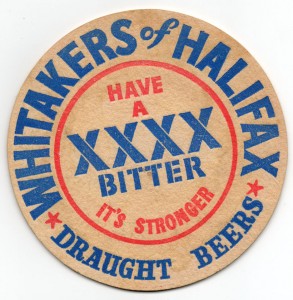 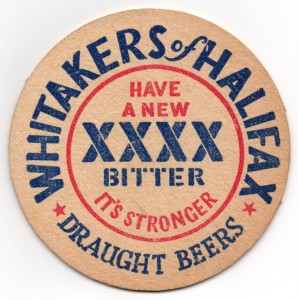 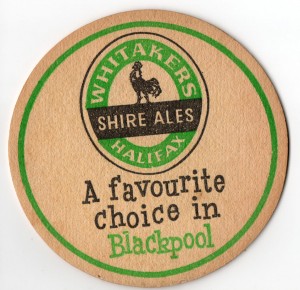 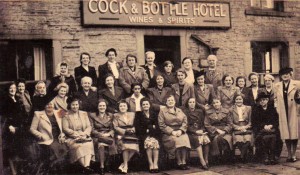 The following is a list of all Whitaker public houses that were in existence  in 1968.