Sunday 20th January saw the last day of running before major overhaul of two popular Worth valley locomotives these were Lancashire and Yorkshire number 957 which stared as the Green Dragon in the film “The Railway Children” and Fairburn tank loco 41241, this loco’s claim to fame is it was part of the line reopening train way back in 1968. 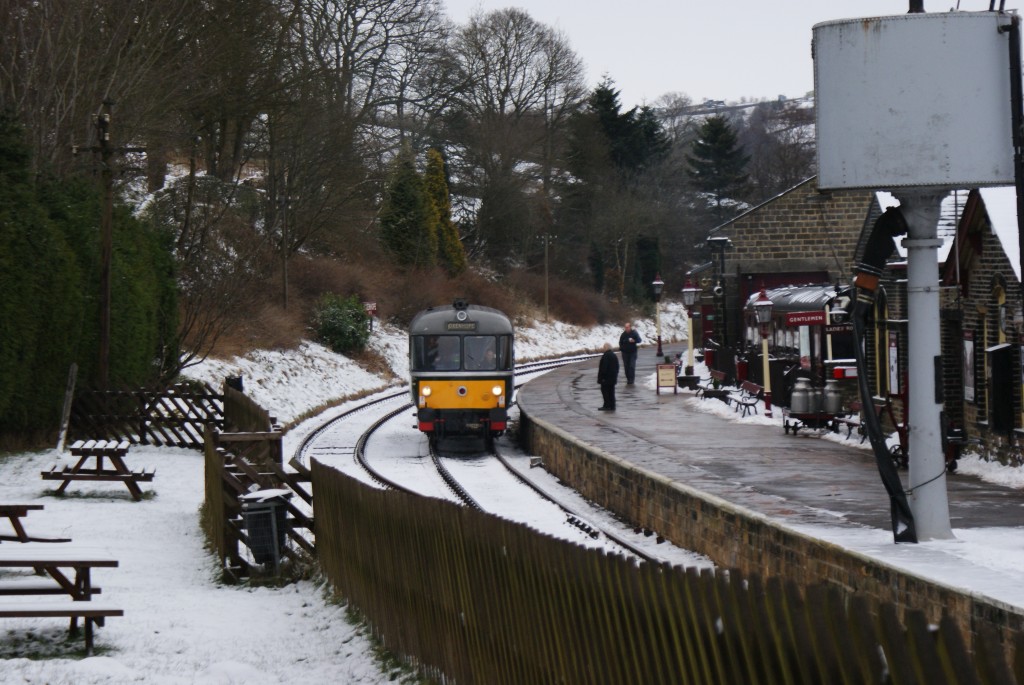 A quiet start to what was to become an eventful day with the 10:15 departure from Oxenhope. 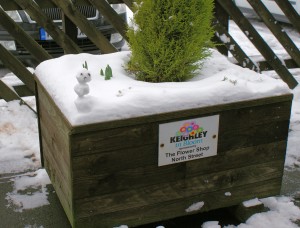 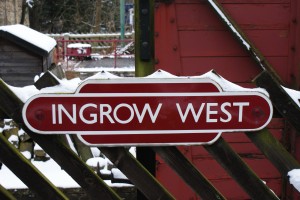 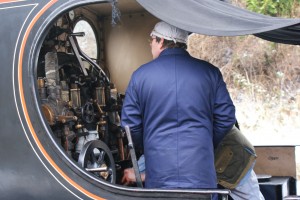 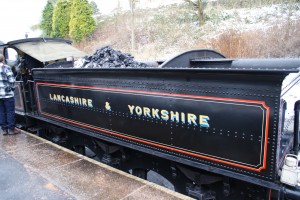 View inside cab of 957 and view of tender showing Lancashire and Yorkshire name and lining, note white on coal which is snow frozen to it due to sub zero temperatures. 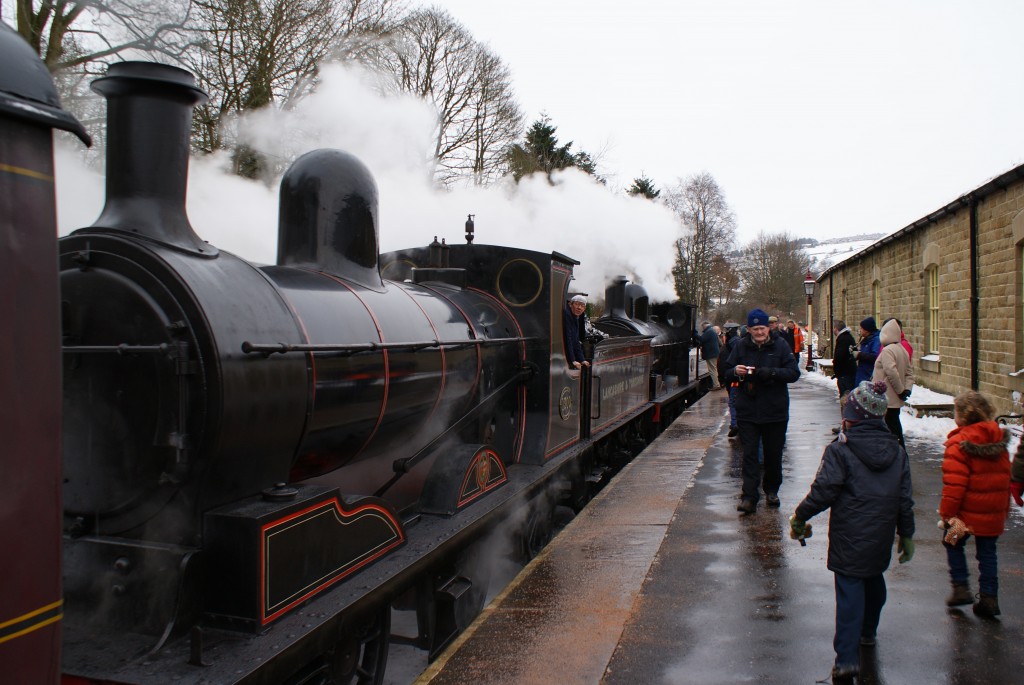 The 11:59 departure from Oxenhope to Keighley which had to terminate at  Damems loop due to a major police incident at Ingrow, the line was closed beyond this point till late afternoon as Ingrow tunnel became a crime scene, this meant that 41241 could not leave Keighley so the LYR double header had to shuttle between Oakworth and Oxenhope till police gave the all clear to reopen the line. 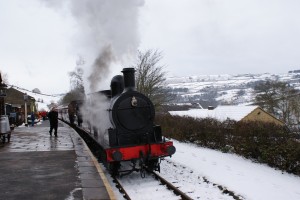 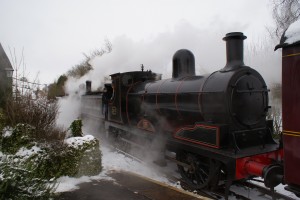 The two LYR locomotives at Oakworth. 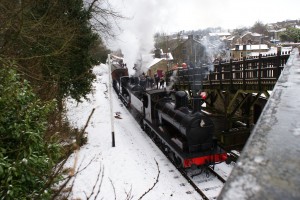 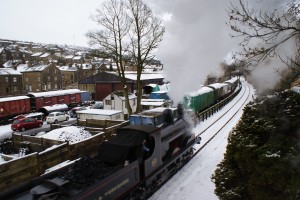 Here the two are seen left in Haworth station on the first return train after the closure and right passing Haworth yard and MPD, during the temporary closure the locomotives had to take water via a domestic hose as the water tower at Oxenhope had frozen and the only other tower is at Keighley which was at the other side of the police indecent. 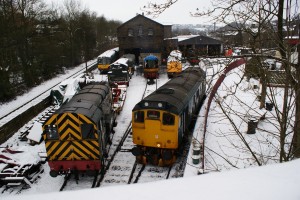 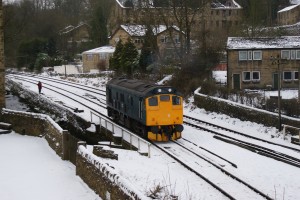 Due to time taken having to turn at Damems loop it was decided to top and tail, as no steam engine had been prepared it was down to class 25 type 2 diesel number 25059 to take up the challenge. 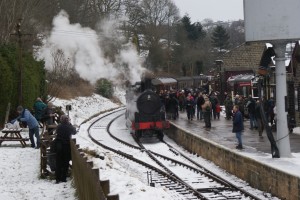 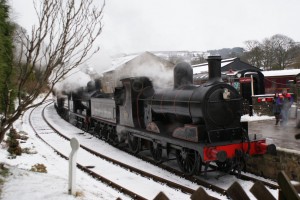