Recent road works in Wyke village near Bradford have uncovered a little bit of history in the form of tram lines, these would have been part of the extensive Bradford corporation system which closed in 1950, the following pictures show the lines running through the cobbles which made up the original road way.

These pictures were taken at the top of the village near the junction public house. 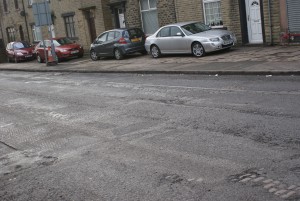 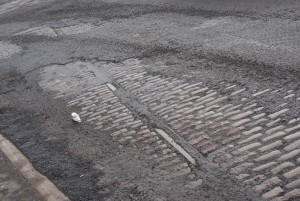 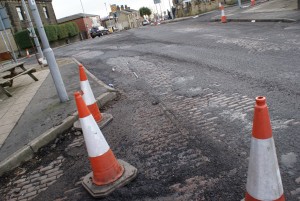 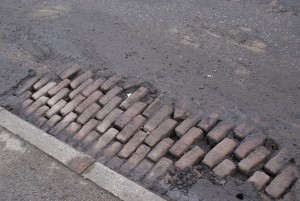 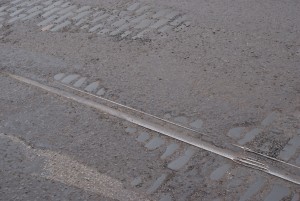 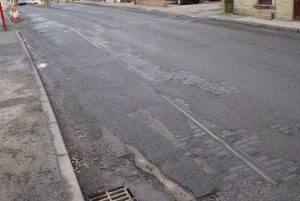 On May 6, 1950, Herbert Rhodes, of Wyke, had the honour of driving the city’s last tram service from Bradford to Odsal Top, before the tram returned empty to Bankfoot.
He closed Manchester Road to tram services on the Saturday night and opened it again with buses on the Sunday morning with the 9.22am service from Bankfoot down to Bradford
After operating its last service in 1950, the 29ft long frame of the last tram was used as the scoreboard at Odsal stadium, before being bought and returned to Thornbury works, where it was fully restored by 1958.