Then and Now West Riding . 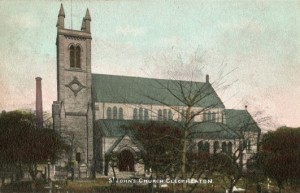 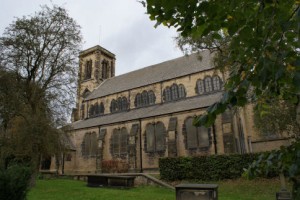 In the 2009 picture note the change to the top of the tower and also perspex has been put over the windows to combat vandalism, the angle of the 2009 photo has been altered due to trees which did not exist in 1907 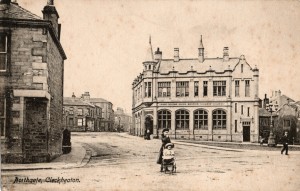 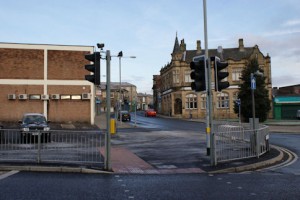 Northgate is the main street of Cleckheaton and has altered little in 100 years, the Martins bank building on the right hand side taken about 1900 still stands proud though is now a Barclay’s bank, the buildings higher up the street still stand with the only big change being the red brick building on the bottom left and the modern pelican crossing as seen in this 2010 view. 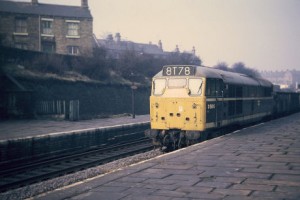 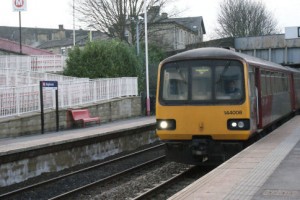 Two views of Brighouse station, the first, the original station closed in the early 70’s with Brush class 31 D5816 on a freight in 1968 heading for Healy Mills, the second the new station opened on the opposite side of the Huddersfield road bridge to the original with DMU 144008 just arriving on a Blackpool to Leeds train in January 2009. 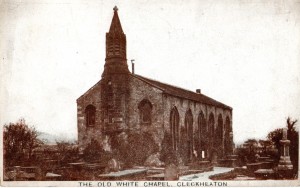 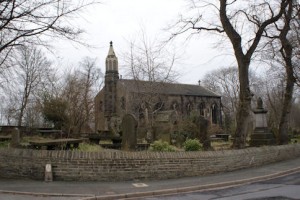 Two views of Whitechapel church Cleckheaton taken 100 years apart, the main visible difference being the amout of tree growth on the right hand shot taken in 2011. The small bell tower was in fact rebuilt in the late 1990,s due to structural problems. 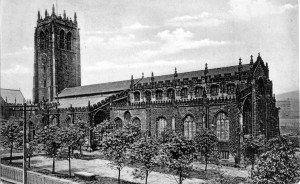 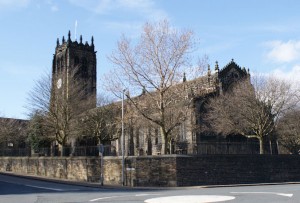 Halifax parish church gained Minster status in 2009, some parts of the building date back 900 years to medevil time.  During the post-war era, the Reverend Eric Treacy (1907-1978) became one of the most influential and respected Vicars of Halifax. Holding office from 1950 to 1962, he was dubbed ‘the Ecclesiastical Mayor of Halifax’. He later became successively Bishop of Pontefract and Bishop of Wakefield. He initiated the scheme to provide a pedestrian precinct around the church involving the closure of Upper Kirkgate and the lower part of Causeway to vehicles and gained distinction as a railway photographer. A monument under the tower of Halifax Parish Church records his sudden death on Appleby Station.

For further information about this historic church please see their website at http://www.halifaxminster.org.uk 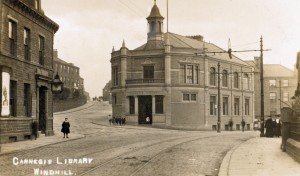 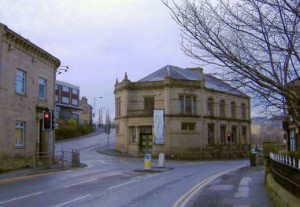 Two shots of Carnegie Hall Library Shipley taken between 1900 and 2010, the main difference to the Library is the removal of the tower on the front of the building. Other changers in the modern scene are no tram tracks, the pub to the left of the junction is now closed, the building behind and  to the right has gone and left up the junction the old terrace houses have been replaced with modern flats. 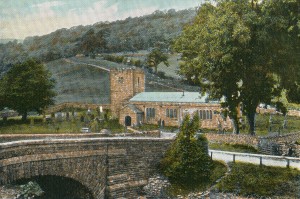 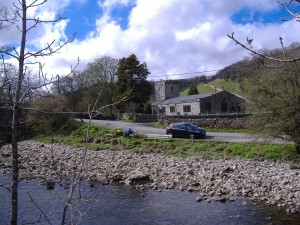 The parish church of St Michael and all Angels was originally used as a forest chapel. In 1241 it was given to the Monks of Coverdale Abbey by William de Percy and was known as the chapel of  St Oswald of Huberham. In the 15th century the dedication had changed to St Leonard and is now St Michael and all Angles.
The building is mainly 12th century but is thought to have been extended to the north about the 16th century. Extensive repairs were made in 1978/79 with further work in 1981.      The font is thought to be  15th century, the “Rood loft” was placed in the church in 1558. The present tower bells were installed in the church in 1904 though a much older bell dated 1601 showing the arms of Elizabeth I can be found at the west end of the church. 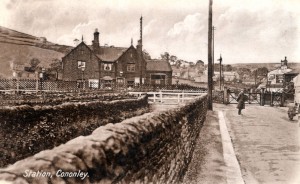 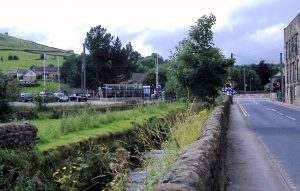 The village of Cononley is about 3 miles from the market town of Skipton, the railway station is situated on the approach road to the village and is still in use though it has lost its buildings which have been replaced with basic bus type shelters. In the first picture a vehicle can just be seen on the right which dates it about 1914, the present day picture was taken on 18th of August 2012. A hillside barn on the top left of the first picture is still evident on the 2012 shot as is the double wall in the foreground though it is not as intact in 2012.