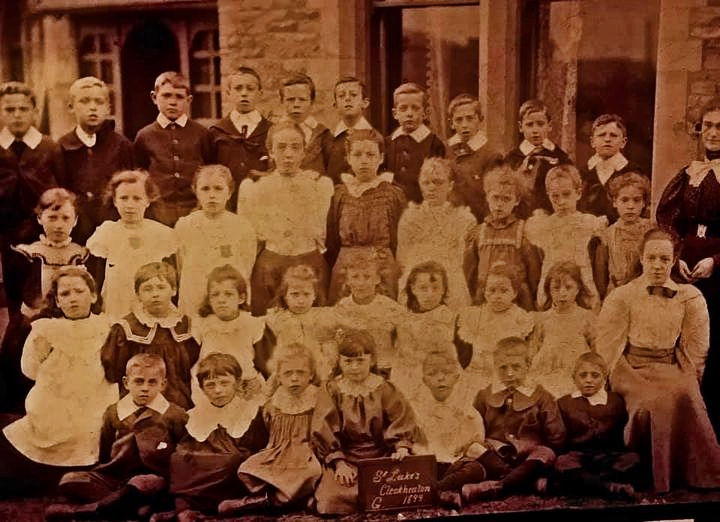 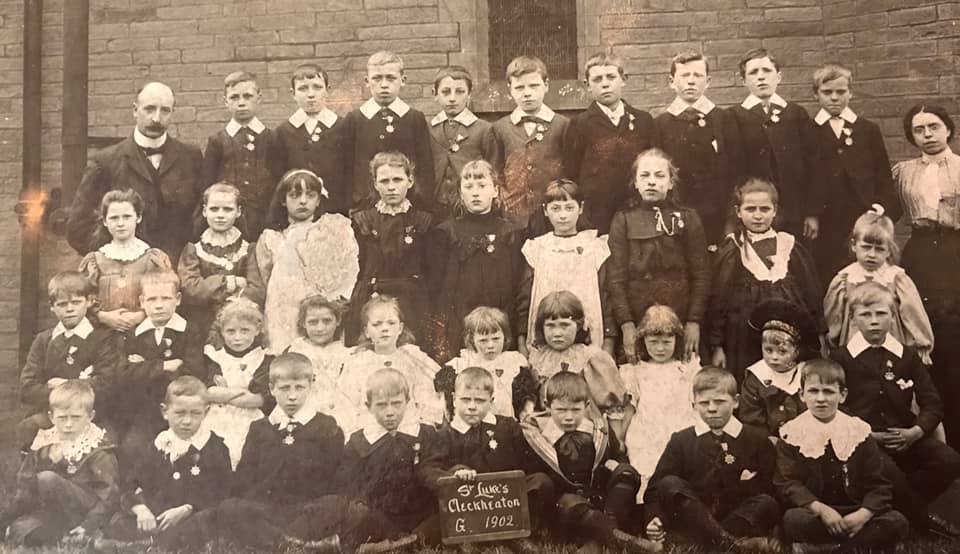 St Luke’s National school or junior school as it later became was built in 1862 by the wardens of Whitechaple church and was know as Moorbottom School. In 1885 a deed of transference was executed and the school officially belonged to St Luke’s.

The closure of this school, which catered for junior and senior boys and girls, came about by the 1944 education act. The children left the school for the last time on 19th December 1947 and after the Christmas holidays attended either Heaton Avenue County Primary or South Parade Secondary Modern.

During the war years and up to closure the headmaster was Mr Harold Audsley assisted by Mr George Blunt and Miss Hilda Gaunt. The girls used to attend cookery classes at Whitcliffe Mount grammar school with teacher Miss Langley while boys also attended the grammar school for woodwork. The Rev. Simpson gave scripture lessons in the parish room on Thursday mornings, being a church school they had an extra half day holiday for Ascension day.

West End park was used for netball and rounders and the school also had its own allotments. The class rooms had their desks arranged in tiers which worked like a league table with the brightest sitting at the top moving down to the front near the teacher for the children which needed the most attention.

Each year the top class had an outing with the last one before the war in 1939 being a trip to Liverpool and New Brighton via the Mersey Tunnel.

During the war years the children designed their own dig for victory posters.

From the “Cleckheaton Advertiser” of 19th September 1879.

St Luke’s National school:- Mr R Smith was chosen master of this school by the managers last Saturday. Nearly forty candidates applied for the office. Mr Smith, who furnishes the best proofs of his intellectual and moral fitness as a teacher, has been a master during the last two years in a large school in one of the principle towns in Cheshire. He trained at Battersea collage in 1876-77 where in both years he passed the government certificate examination in the first class. He holds a archbishops and a bishops first class certificate for divinity, a full drawing certificate and a number of certificates for sciences granted after examination by the Science and Art department, South Kensington. 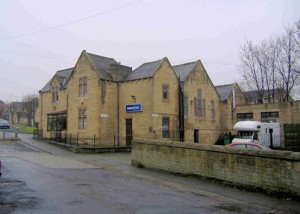 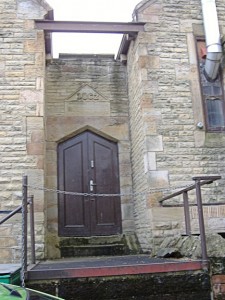 The two colour photos show the school as it is in 2010 now being used as offices, the right hand photo clearly shows the original 1862 entrance.