Then and Now North Riding 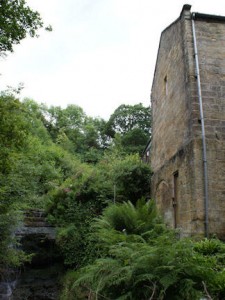 Here are two pictures of Rigg Mill near Whitby, the first from an old postcard showing the mill as it would have looked in the late 1800’s when it was a fully working mill, the second taken in 2010. The mill is now a private residence but the owners are prepared to let you inspect the outside of the mill at your own risk after you sign a disclaimer. 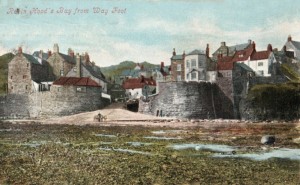 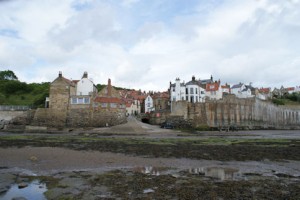 Here are two shots of Robin Hoods Bay taken from Way Foot, as you can see in the pictures taken between 1900 and 2009 very little has changed, the biggest thing being the extension of the sea defences. 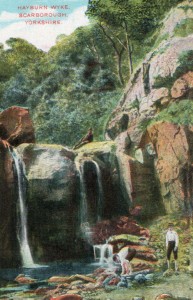 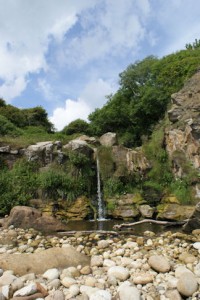 Hayburn Wike waterfall on the coast between Scarborough and Robin Hoods Bay has changed little in the last 100 years, these two shots taken 1911 and 2010 are not much different except for water flow and a bit of artistic license in the first shot. 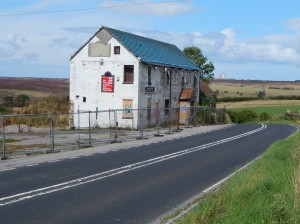 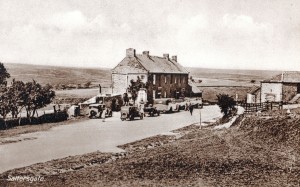 Two views of the Saltersgate Inn on the A169 Whitby to Pickering road North Yorkshire moors, the left hand shot taken sometime during the 1930′s and on the right the sorry remains of the building in August 2014.

Built in 1648 as the “Wagon & Horses”,  this Ale house has quite a chequered past. In the 1730s the landlord of Saltersgate Inn was a retired sea-captain and he allowed trade in smuggled goods to go on in his inn, so that the smugglers and local people could avoid paying high taxes

However, the tax inspectors of the day – Excise or Preventative Men – raided the inn on numerous occasions, being suspicious that this trading was going on. They were never able to catch anyone, because a lookout always spotted them before they reached the inn.

One night the Excise Men carried out yet another unsuccessful raid and left the inn in despair. However, one young Excise Man stayed behind and hid in the farm buildings across the road.  Ten minutes after the others had ridden off he ran across the road into the inn and caught the smugglers in action. At once he drew his gun and cried, “I’m arresting you in the name of the King!”

Unfortunately for him, one of the smugglers had previously nipped out to go to the toilet. As he came back in, he spotted the Excise Man and hit him over the head with a bar stool. The poor young man fell dead to the floor!

The smugglers and the landlord buried his body under the fireplace and so that no one would ever find the body, the landlord told his family that the fire was never to go out. His idea was that no one would ever search under a fire that was lit.  The landlord died thirty years later and the fire burned until the pub closed in 2007. Now despite being bought in 2008 it is a derelict shell. The ghost of the customs officer reaping his revenge the Inn.

Another claim to fame for the Inn was in 1981 when it was used as the “The Slaughtered Lamb” in the film American Werewolf in London. 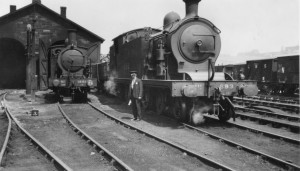 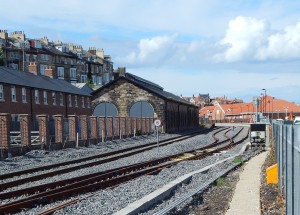 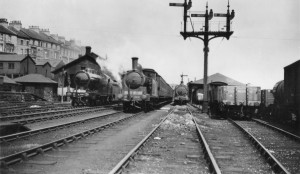 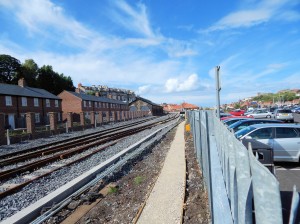