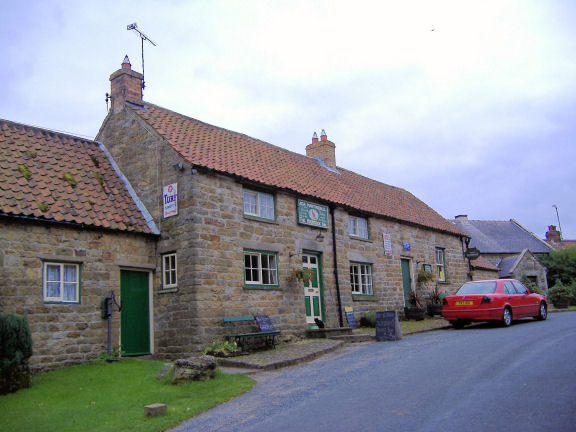 The Moorcock Inn sits in the North York Moors national park and to get to the pub you either have to come through Dalby Forest, Troutsdale, Stainton Dale or Harwood Dale. It’s one of only a handful of buildings in picture-perfect Langdale End and has changed barely a jot in the past 100 or so years.

It’s a handsome stone farmhouse, owned for nearly a century by the Martindale family. They served beer and food in the hardly-converted parlour of their house, while the other end of the building doubled as the village post office. Even as recently as the 1980’s Ada Martindale was to be found appearing from the cellar with a jug of beer to serve the handful of punters that could fit into the bar. By all accounts it was literally like drinking in someone’s front room. It passed from the family, though remained locally and independently owned, and was sympathetically converted in the early 90’s. Almost the entire internal layout was maintained along with much of the furniture and the ultra-cosy feel. 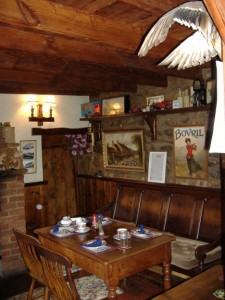 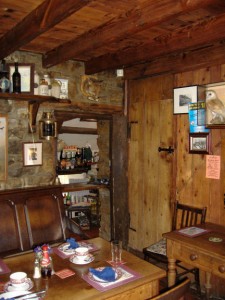 Drink which includes some local cask ales is served through a hatch in the wall from what is essentially a cobbled-together lean-to bolted onto the back of the building. The food offering varies constantly depending on whim but Sunday lunch is always dependably hearty.

The pub also has an admirably cavalier attitude to opening times, they simply open when they feel like. As they have a rarely-answered phone it can be quite impossible to ascertain if and when they will be open but this only adds to the home-spun, ramshackle charm. If you’re in luck and find it open, you can sit in the bar, get a warm from the fire with a pint of good beer. 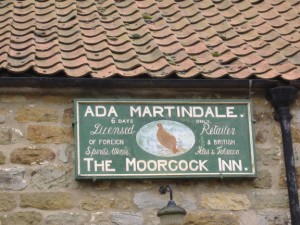 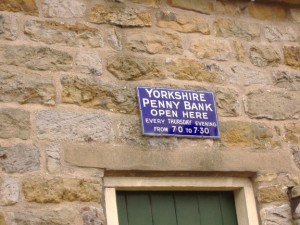 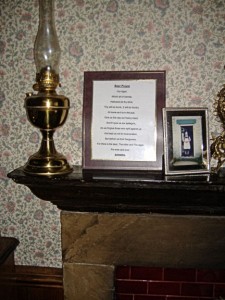 In a frame on the mantle piece over the fire in one of the rooms are the words of the beer prayer, it reads as follows.

Which art in barrels

Hallowed be thy drink

At home as it is in the pub

Give us this day our foamy head

And forgive us our spillages

As we forgive those who spill against us

And lead us not to incarceration

But deliver us from hangovers

For thine is the beer, the bitter and the lager

For ever and ever