Then and Now East Riding. 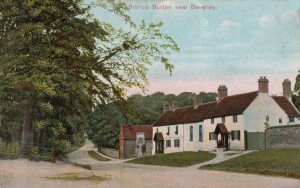 Here are two shots of “The Altisidora Inn at Bishop Burton on the A1079 near to Beverley, the first taken in the early 1900’s (the card is post dated 1909) and the modern picture was taken in October 2013.

Some structural changes have taken place in particular to the right hand side of the building with alterations to the windows plus the removal of a structure just beyond the pub sign at the far end of the building.

The Inn is named after the racehorse Altisidora (1810–1825) she was a British Thoroughbred best known for winning the St Leger Stakes in 1813. Bred, trained and raced in Yorkshire she won two of her three races as a two-year-old in 1812. She was unbeaten for the next two seasons, winning three races including the St Leger at Doncaster as a three-year-old and four as a four-year-old in 1814. In her final season she won four of her eight races. She was retired to stud, where she had some impact, being the grand-dam of Ralph, the winner 2000 Guineas and the Ascot Gold cup. Altisidora died in 1825 at the age of fifteen.